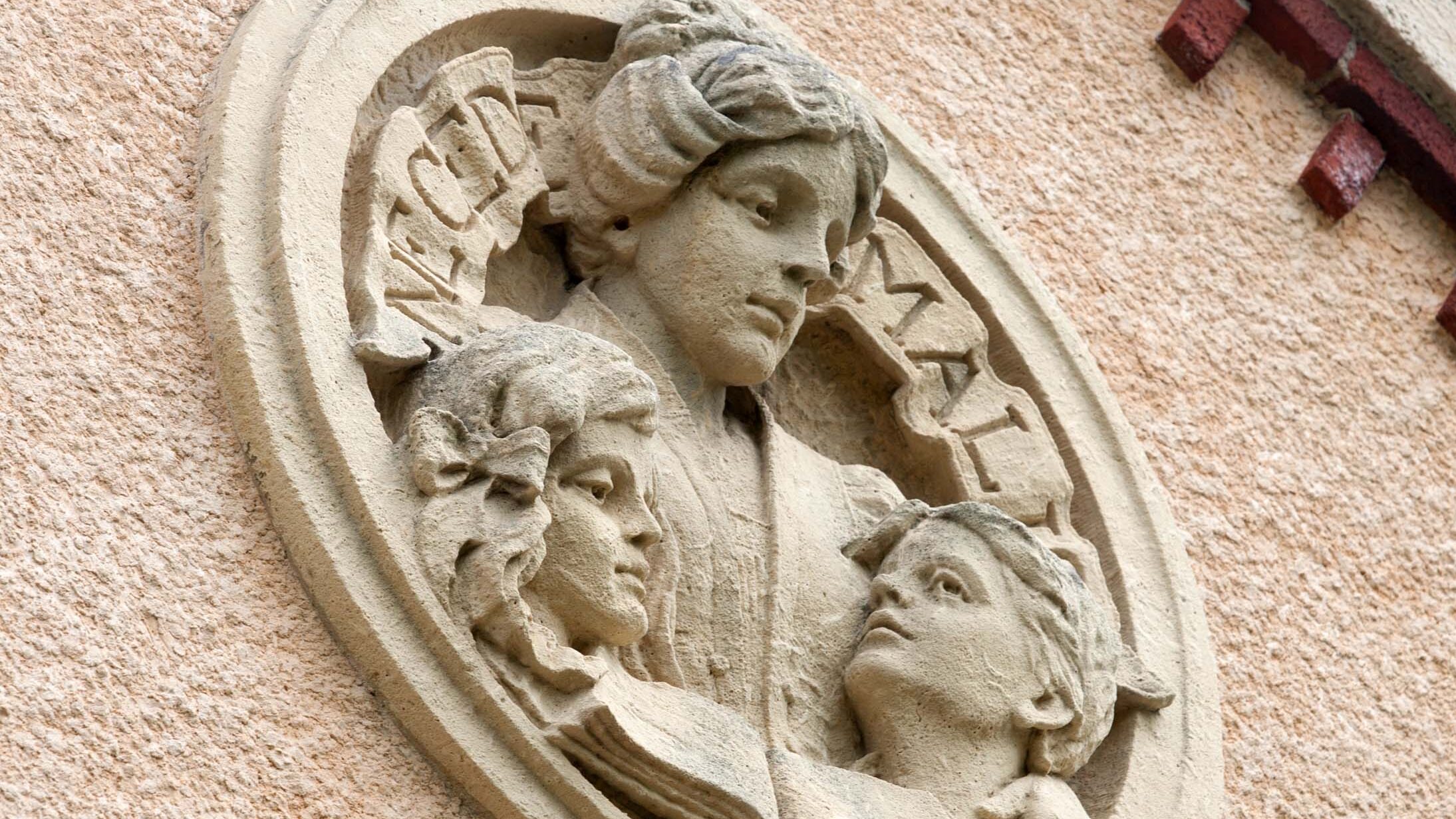 The Minnesota Humanities Center’s current location near Lake Phalen in St. Paul was built in 1924 as part of the original Gillette Children’s Hospital campus. It was built to provide a place where children could continue their education within the hospital setting.

Intrinsic to the missions of both Gillette Children’s Hospital and the Minnesota Humanities Center is the assumption that all people, regardless of their race, creed, class, or physical ability, should have the opportunity to learn. It is fitting, therefore, that the hospital’s former schoolhouse has been restored to serve as a center for humanities education.

Gillette Children’s Hospital was founded in 1897 to treat the orthopedic diseases of disadvantaged children. It moved to its Lake Phalen site in 1911; Dowling Memorial Hall — now the Humanities Center — was built as a memorial to Michael J. Dowling, who became a prominent educator and state legislator despite having lost his feet and hands to frostbite, triumphing in spite of his disability. Gillette Superintendent Elizabeth McGovern wrote in a 1921 letter:

Architectural researcher Paul Larson notes that though architect Clarence H. Johnston favored separate cottages for most of the institutions he designed, the Gillette West Wing was built under a single roof to accommodate patients. The structure was originally a single floor with K-12 classrooms, millinery and watch-making workshops, an auditorium and a library built in the “telephone pole” plan which made the entire building accessible from one wide hallway. There were no tricky corners or stairs to hinder wheelchairs and gurneys. The “Spanish style” stucco and tile exterior was inexpensive, was impervious to harsh Minnesota weather and allowed for large windows in every room. This was very important to Gillette’s method of sun-treatment for the patients (and very pleasant for the guests and staff today).

It is believed that Dowling Hall was left standing after the rest of the hospital was demolished because it was one of the more recent and decorative buildings. The graceful portico and elegant marble floors speak for themselves. The delightful carved tiles were most likely imported from Henry Chapman Mercer’s Moravian Pottery and Tiles Works in Doylestown, Pennsylvania.

The whimsical plaster sculptures, on the other hand, remain something of a mystery. Based on the appearance and context, we believe they were carved by the St. Paul-based Brioschi-Minuti Company, which was responsible for Columbus statues in St. Paul and Chicago, the interiors of the Basilica of St. Mary and the State Theater, and other important artistic decoration in the Midwest during the 1910s-1940s. Johnston’s transfer ledgers show that he worked several times with Carlo and Amerigo Brioschi from 1920 to 1935, even designing the Brioschi mausoleum.

The figures in the atrium of the building are small, contorted American Indians, Redcoats, and Pilgrims, all taking aim at some fierce enemy. These may have been based on figures that appeared in a popular children’s reader of the 1920s. Nestled among the grapevine moldings in the Commons, the “Humanities Trolls” are amazingly appropriate for the Humanities Center. The same sort of disfigured men — knees drawn up, hands gnarled — are depicted reading a book, peering at a globe, singing songs, and playing an instrument.

Two years after the Gillette Children’s Hospital moved to downtown St. Paul in 1977, the entire 13-acre campus was razed except the west wing. Although various organizations and developers expressed interest in the property, it remained vacant for 18 years until the Humanities Center renovated the building at a cost of $2.57 million. In 1996 the Humanities Center opened and now houses a full-service meeting and event center, 15 administrative offices, and 15 overnight guest rooms.